Developing international sheep genetic evaluations is a key area of interest within the sheep industry and has particular relevance where high levels of across country trade exist. Currently genetic evaluations are estimated on a within-country basis only, with different countries measuring different traits, weighing at different time points and using different models for genetic analysis. As a result these current within country evaluations are directly not comparable across country meaning that we cannot (easily) compare animals from different countries. However, while international evaluations have not previously been derived for sheep, they have proven to be extremely successful in both the beef and dairy cattle industries with the development of Interbeef and Interbull, indicating that similar success could be achieved for sheep and goats.

In meat sheep, the foundation research underpinning international evaluations are currently underway as part of SMARTER, with Ireland and the UK being used as a case study. Phenotype data have been obtained from both countries for the Texel, Suffolk and Charollais breeds and strong links have been detected, with a total of 8,392 Texel, 3,313 Suffolk and 1,727 Charollais common animals identified between the two countries. Within this group of common animals, over 4,500 animals between the three breeds have progeny in both Ireland and the UK. Common growth and carcass composition traits were analysed between the two countries including traits such as early-life weight, scan weight, muscle depth and fat depth. Both univariate and bivariate analysis were performed on the data to produce international heritability estimates and international measure of genetic merit (i.e,. estimated breeding values; EBVs). Preliminary results from the international evaluations are very positive. Both heritability and EBV estimates were relatively similar to within country analysis but the accuracy of the EBVs improved within each country.

Based on these results, it is clear that international genetic evaluations could be of significant benefit to the sheep industry. Facilitating breeders to compare their animals on the same scale as those in other countries will enable more informed selection decisions at a genetic level. Furthermore, the increase in accuracy of EBVs achieved from the international evaluations should also increase rates of genetic gain achieved within each country which in turn will be of economic benefit to the entire sheep industry.

In the framework of the WP6, this foundation work undertaken in Irish and Scottish meat sheep will be extended to French meat sheep, and will be performed as well in dairy sheep (France and Spain) and in dairy goats (France, Italy, Canada, Switzerland). 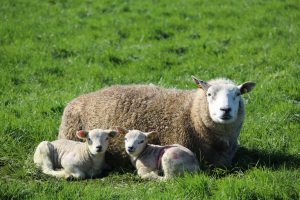