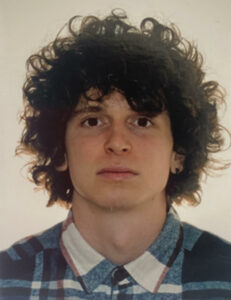 Riccardo obtained his PhD, funded by SRUC, at the University of Edinburgh/SRUC in June 2021, with Richard Dewhurst as his supervisor. Prior to that he undertook a BSc in Biology at the University of Brighton and subsequently an MSc in Ecosystem Services at the University of Edinburgh. Following his PhD, he started a short 3-month Research Assistant role within SRUC. Throughout these experiences Riccardo developed his interests in fields relating to climate change and environmental studies. As Project Manager, alongside Project Coordinator Rachel Rupp, he is now helping with the coordination of the SMARTER project as of 15/01/2022. The tasks he is currently working on are the organisation of the national round tables as well as contributing to achieving milestones and deliverables outlined in the project.

Riccardo’s thesis was entitled “Short-term measurements and proxies for ruminant methane emissions”. It focused on modelling rumen metabolites under different scenarios which led to reduced methane emissions, such as concentrate vs forage diets, legumes vs grass diets and using methane inhibitors, to see if the metabolite concentrations in the rumen could accurately predict the methane emissions. Throughout his PhD, he also spent one year in New Zealand at AgResearch working with David Pacheco looking at in vitro direct methane inhibition with a methane inhibitor. He also published two papers, one of which is fully published, and the other has recently been accepted.

He is also collaborating alongside the partners he worked with in New Zealand to publish the work he undertook there. Despite the fact that this is a new role and a new experience, he looks forward to contributing in the successful completion of the project.