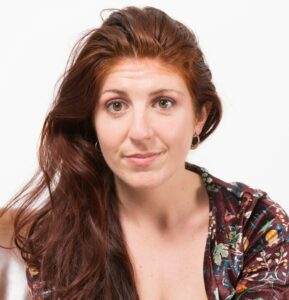 Marie became a Doctor of Veterinary Medicine in 2020 at the national veterinary school of Toulouse (ENVT). She completed an M1 in public health at Paul Sabatier University then an M2 in tropical animal disease management (GIMAT) co-supervised by ENVT and CIRAD. This double course allowed her to acquire a transversal knowledge of animal health, livestock farming as well as biostatistics and data analysis. She is working on a thesis titled: “Combining genetic and modelling approaches to develop new non-invasive biomarkers of resilience based on milk metabolites”. This PhD thesis is supported by the SMARTER (WP3) and the ApisGene funded project RESILAIT. The supervisors are: Mrs. Rachel Rupp and Mr. Nicolas Friggens.

Resilience is the ability of a goat to cope with environmental disturbances, such as pathogens or negative energy balance. To improve resilience through breeding, we need resilience indicators. Recent literature support the assumption considering milk profiles as a potential indicator of resilience (Friggens et al. 2016; Adriaens et al. 2020; Poppe et al. 2020).

The goals of Marie’s thesis are:

To do so, two divergent lines of goats for functional longevity have been bred since 2017 at INRAE facilities of Bourges. Those goats underwent two days underfeeding challenge during the beginning of their first lactation. In 2021, one month after the underfeeding challenge an infectious challenge based on LPS injection was run. From 5 days before the beginning of the challenges, milk and blood metabolites were monitored for 10 days. Those metabolites are part of several metabolic pathways of interest and their evolutions partly characterize the individual responses to the challenge. We hypothesize that this response is under some same genetic regulation as underlying mechanisms of resilience. If so, a proper modelling of the metabolic pathways should be an indicator of the goat’s resilience potential.