The sustainability of low-input pastoral farming systems raising dairy goats, depends partly on enhancing animal health and welfare status. However, research on between-animal (co)variation of health, welfare and production traits is scarce. The objectives of the study were to estimate the repeatability of health and welfare traits and to investigate their association with performance of three breeds of dairy goats reared under low-input farming systems in Greece. A total of 1210 goats of Eghoria (n=418), Skopelos (n=429), and Damascus (n=363) breeds were assessed. Udder health, parasitic resistance, welfare indicators, milk yield and quality, and body condition score were recorded monthly for two consecutive milking periods. Udder health records included somatic cell count (SCC) and total viable count (TVC). Based on combinations of SCC and TVC and thresholds set at >106 cells/mL and >2 × 104 cfu/mL, respectively, additional udder health phenotypes were defined. Parasitism included myiasis, tick infestation, gastrointestinal nematode (GIN) and cestode faecal egg count (FEC), and lungworm faecal larval count (FLC); infection regarding endoparasites was defined with FEC/FLC. Welfare indicators included presence of ear and horn injuries, ocular and nasal discharge, body and udder abscesses, injuries and lesions of skin in different body parts, diarrhoea, hernias, overgrown hooves, arthritis, lameness, and udder asymmetry. Trait repeatability and animal correlations were estimated. Significant repeatability was reported for all udder health and most welfare traits in all breeds, GIN and cestode FEC, and GIN and lungworm infection in Eghoria, and myiasis in Skopelos breed. Correlations of health and most of welfare traits with performance were non-significant or favourable. Overall, results indicate that there is significant between-animal variation for udder health, resistance to parasitism, and welfare traits to support management and selection practices aiming to improve health and welfare status of Eghoria, Skopelos, and Damascus goats. Such practices could be implemented without compromising animal performance.

This study was undertaken by AUTH team in the framework of Smarter (WP2) and has been published in the journal Veterinary Sciences (https://doi.org/10.3390/vetsci9060289). 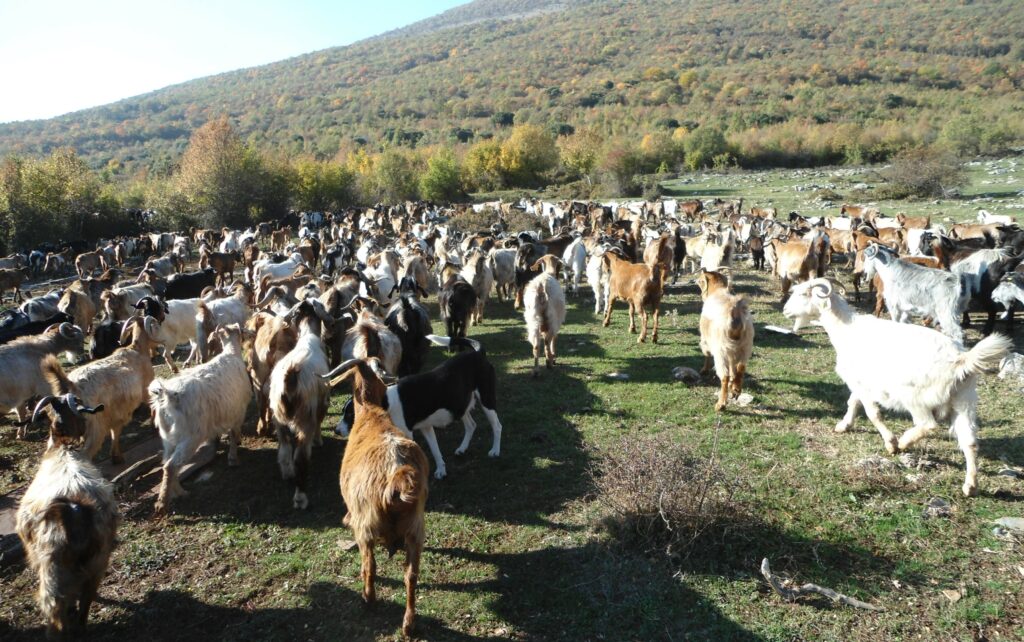