The 1st SMARTER annual meeting took place on 26-29th November 2019 and was hosted in Edinburgh, Scotland, by the Roslin Institute of the University of Edinburgh. The meeting brought together 76 participants representing the 27 partners and 16 different stakeholder’s organizations involved in the project.

On 28th November the meeting began with a warm welcome introduction by Roslin Institute and SRUC, followed by a general report by the coordinator, Carle Moreno on the situation of the project at the end of its first year, and a factual report by the project manager on the project key dates for the 2nd year. 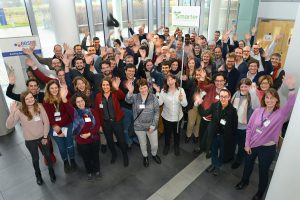