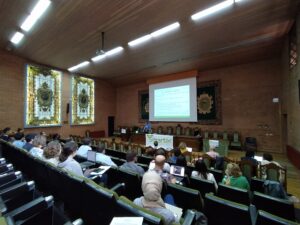 SMARTER has held its fourth annual meeting between the 18th and 19th May 2022. This was the second in person meeting which the SMARTER project has done since the first one in Edinburgh. This is great as past meetings had to be done online due to the ongoing sanitary situation. The agenda included a first day in which each WP could present the work they have been undertaking, followed by a second day more focused on the stakeholders involved in the project. In total 70 people attended, 53 in person and 17 online. Two days prior to the start of the meeting, a WP4 statistics course was held in Leon (16-17 May) which helped understand and manipulate the SMARTER database with interesting presentations on landscape genomics, population statistics and several others.

This meeting was the opportunity for all partners to exchange and present what has been done, with just over one year left in the project timeline. The main practical work packages of the project (WP1-3) went through the deliverables and milestones which they have achieved and those that are still due because of Covid. A common theme for the WP’s is the need to identify appropriate GWAS (genome-wide association studies) data which will allow to find loci controlling feed efficiency (WP1), disease resistance (WP2) or both resilience and efficiency traits as an evidence of pleiotropy (WP3).

All work which has yet to be completed is in line with the new updated timeline of the project ending in June 2023. Substantial contribution to the development of the supporting theory for genomic evaluation ssGBLUP was done within WP5. The concept of reliability assuming metafounders was formally defined, and the associated methodology on how to calculate it was properly derived. Advances in improving and testing methods to calculate the gamma matrix, which quantifies the genetic relationship between metafounders, were also achieved during this period. In WP6, work is being undertaken to produce a document containing 3,000 informative SNPs, which will be circulated to all partners. Our Uruguayan partners presented a comprehensive multicriteria assessment of sheep systems, including impact on methane emissions, soil, water quality and biodiversity (WP7). In terms of dissemination of project material (WP8), the national round tables (NRT) have commenced, with the first one taking place in Sèvremont, France between the 4th-5th April and following that in Tacuarembó, Uruguay between the 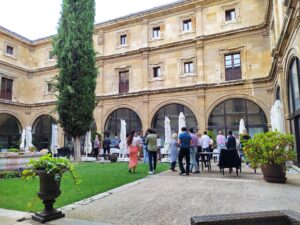 21st-22nd April. Individual videos of each NRT have been made and will be accessed through the SMARTER website soon. Prizes were given to the partners which contributed more material to aid dissemination, with INIA’s Gabriel Ciappesoni claiming first prize and securing himself some delicious chocolate and parmesan! Partners were also urged to upload all data which has been published in SMARTER publications to a common data repository (WP9) as this will facilitate things for the end of the project.

The stakeholder sessions focused on whether the stakeholder’s expectations were met following the first in person meeting in Edinburgh, how the project dissemination is going and what they think on the future of the project as well as beyond it. One question was raised on how to value the underutilized breeds compared to large commercial populations that can be involved in transnational genetic evaluations. Overall, a very good discussion was had.

With the project coming to an end, discussions were had on potential dates for the key events which are still to come. The summer school, which had been delayed, will now most probably happen in April 2023 in Toulouse as well as the final SMARTER meeting which is still scheduled for Toledo in June 2023. Regarding what is upcoming, the NRT in Valladolid, Spain will be on the 8th June 2022, with the rest happening in Autumn of this year. The upcoming world congress on genetics applied to livestock production (WCGALP) between the 3rd-8th July 2022 will also be a possibility to showcase the SMARTER project results, with 23 SMARTER presentations scheduled for that. Therefore, there are exciting things to come from the project and if you would like to be kept updated with all the latest information, follow us on our social media: Twitter and Facebook. 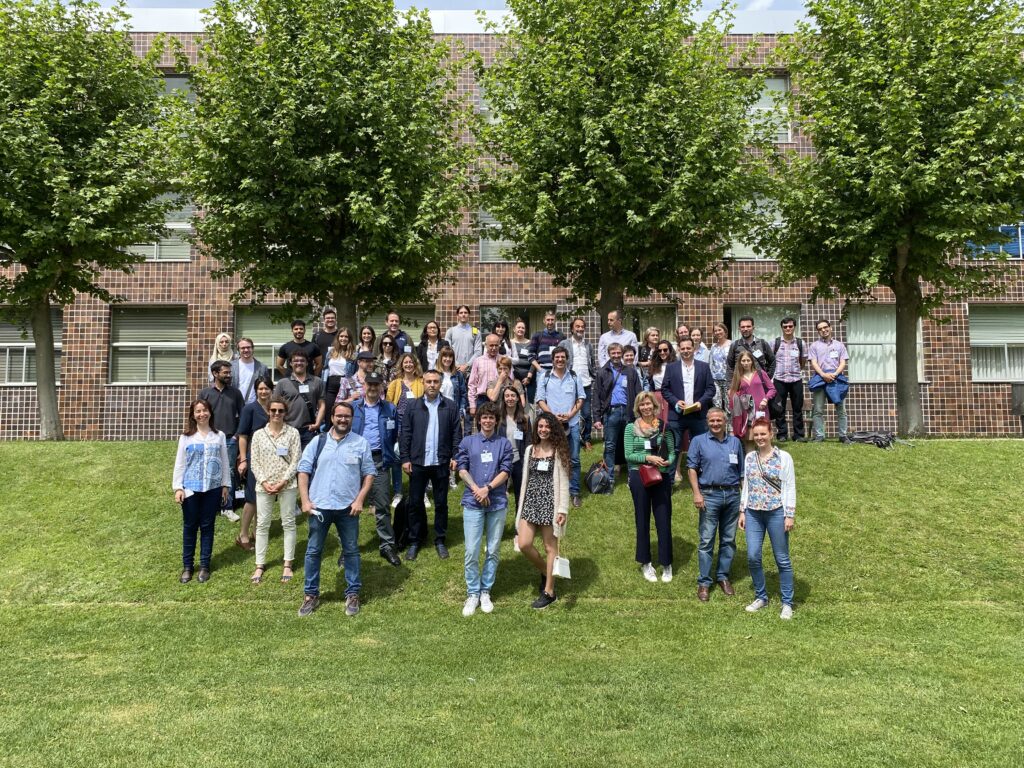